November 19, 2021 is the 158th observance of Dedication Day and the Gettysburg Address

November 19, 2021 is the 158th Observance of the Gettysburg Address at Dedication Day of the Soldiers' National Cemetery at Gettysburg 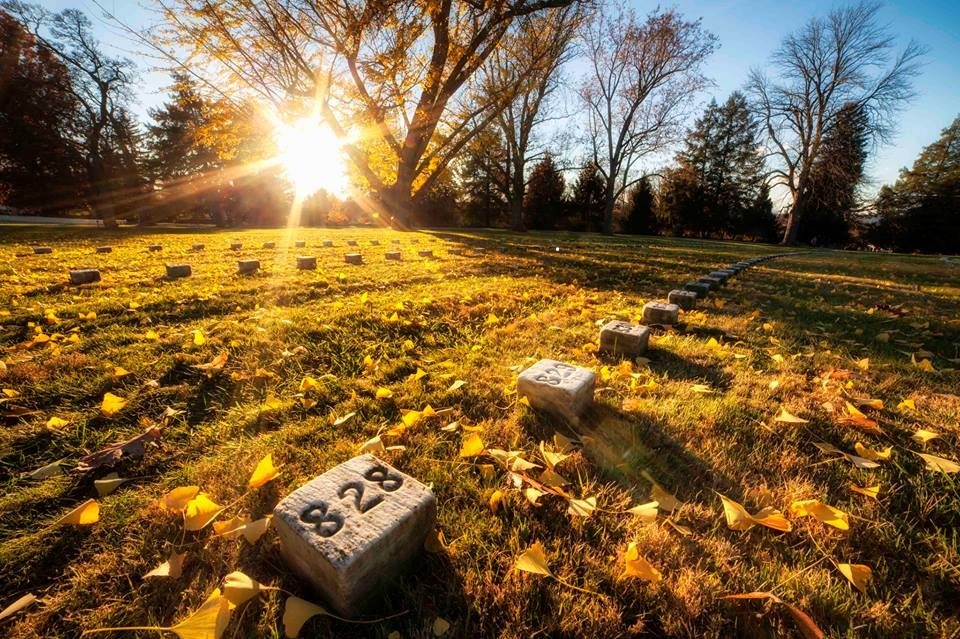 Image from the Lincoln Fellowship of Pennsylvania at https://lincolnfellowship.wildapricot.org/

History of Dedication Day of the Gettysburg Soldiers' National Cemetery

David Wills and William Saunders finalized plans in August 1863 and began to send out advertisements to enlist workers to assist in the reburial of 3,500 Union Soldiers. The heat of the August summer into September and varying discrepancy orders would hinder and even halt progress until in October work began again. The Solders' National Cemetery was not finished and not all dead were reinterred in it when the cemetery was dedicated on November 19, 1863, and most of the dead continued to be reinterred between 1863 through 1873, with bodies continuing to be discovered and reinterred a century after the battle. Unfortunately, only Union white solders were to be interred, and Confederate burials did not receive placement in the National Cemetery. A few Confederate soldiers do remain interred in the Solders' National Cemetery, as most were relocated to cemeteries in Virginia, Georgia and the Carolinas in the 1870's. The first African-American Civil War soldier to be interred in the Solders' National Cemetery in 1884 was Henry Gooden from York, PA and over the next decades perhaps at least five other African American soldiers are buried in the Civil War section.

David Wills and his committee began to plan a day for dedicating the Solders' National Cemetery, and he set his sights on well-known orator Edward Everett who was very famous at the time for his speaking skills and tours. Wills had wanted the dedication to take place on October 23, 1863, but the date did not suit Everett, so November 19th was the agreed upon date and Everett was chosen as the highlighted speaker. On November 2, 1863 David Wills sent his official letter to President Abraham Lincoln asking him "it is the desire that, after the oration, you, as chief executive of the nation, formally set apart these ground to their sacred use by a few appropriate remarks" at the dedication. Edward Everett gave a 2-hour oration on the causes and events that led to the Battle of Gettysburg, but as we now know, it is President Lincoln's famous "Gettysburg Address" which lasted maybe only two to three minutes that is the speech most remembered and recited. In his "Gettysburg Address", President Lincoln honored the men who had fought and died to preserve the Union and to ensure freedom and equality for all.

Abraham Lincoln stops at Hanover Junction, PA on November 18 & 19, 1863 to and from Gettysburg where he delivered the Gettysburg Address to dedicate the Gettysburg Soldiers' National Cemetery. 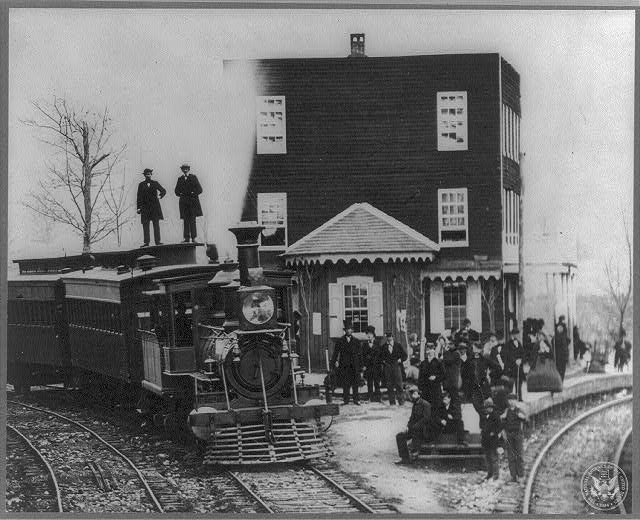 Image from Library of Congress at http://www.loc.gov/pictures/resource/cph.3a50436/

Hanover Junction train station and museum in PA since its restoration of 2001. Sole image of Abraham Lincoln at Gettysburg on November 19, 1863 to deliver the Gettysburg Address. Photographer was Matthew Brady. 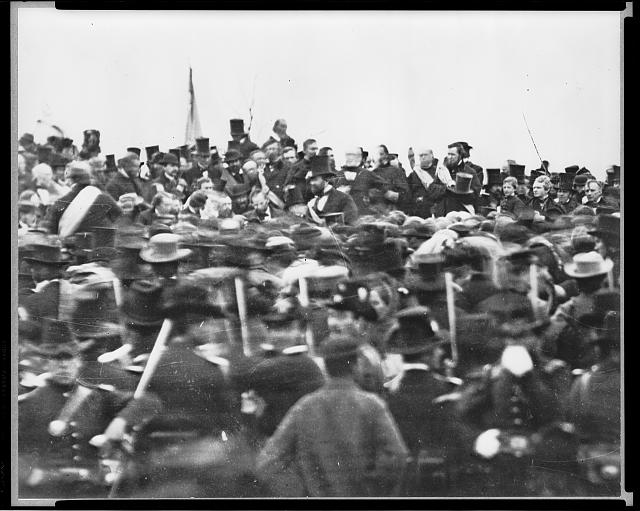 NOTE: This search box leads you to a listing of HCC titles and titles available at Harford County Public Libraries (HCPL). You can request to have items shipped from HCPL to HCC by using the "Request It" button in the search results.

Find journal/newspaper/magazine articles, eBooks, and video on Gettysburg Address and Battle of Gettysburg.

Interactive Websites for The Gettysburg Address

1909 transcription print at Library of Congress: 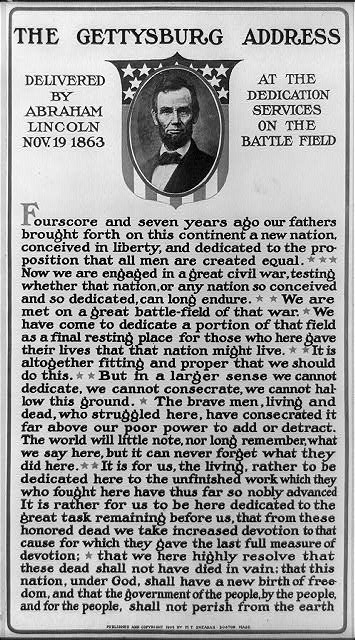